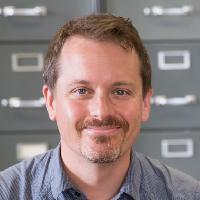 As a cultural anthropologist I combine ethnographic fieldwork with research in museums and archive to examine the shifting local and global network of relationships between persons, artefacts and the environment. I am interested in materiality, the politics of representation, transforming political economies and ecologies, as well as issues around the production and understanding of history. To date my interests have involved me in fieldwork since 2000 with communities in the Purari Delta of Papua New Guinea documenting the social, economic and environmental transformations in the wake of regional resource extraction. Since 2011, I have been doing a collaborative project on the extraordinary intimate and global relations materialized in cell phones in Washington, D.C. and beyond.

This work is complemented with on-going archival and museum-based research in Australia, Europe, Papua New Guinea, and the United States. At NMNH, I am carrying out research on our Oceanic collections with a particular emphasis on our Melanesian materials (New Caledonia, New Guinea, Solomon Islands and Vanatau) as well as the 8,000 million feet of film that compose the Human Studies Film Archive in the National Anthropological Archive.

I am a founding member of the Recovering Voices Program, which connects communities to Smithsonian collections in the effort to support language and knowledge documentation, sustainability and revitalization. As part of Recovering Voices, I co-direct the annual Mother Tongue Film Festival which celebrates language and cultural diversity through showcasing films and filmmakers from around the world. I also am the Director for the Summer Institute of Museum Anthropology (SIMA), a summer course funded by the National Science Foundation which teaches graduate students how to effectively engage with museum collections.