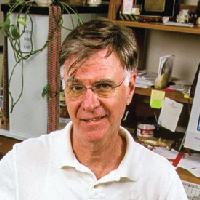 Shortly after receiving his Ph.D. from the University of Alberta in 1969, Terry started his career at the National Museum of Natural History in 1970. In addition to his role as curator, Terry also served as the museum’s Deputy Director for Research and as Director of the NMNH BIOLAT program and the Institution’s SI/MAB Biological Diversity Program.  He held academic appointments at the University of Maryland, Auburn University, Wake Forest University, and the University of Missouri.  Terry was also the Editor-in-Chief of the systematics journal ZooKeys.

Terry was among the most influential entomologists of his generation, using his deep expertise in the taxonomy and ecology of beetles to catalyze the modern sciences of biodiversity and tropical forest conservation.  Terry described four new Tribes, 22 new genera, 439 new species of Carabidae, Coleoptera and published more than 300 scholarly papers.

He is perhaps most famous for being the first person to use large-scale ecological sampling to predict that there may be up to 30 million species on the planet, a figure that was much higher than any previous estimates and one that revolutionized the study of biodiversity. He subsequently set up some of the world’s first global conservation programs and continues to pioneer our understanding of Earth’s greatest remaining wilderness, the Amazon forest.