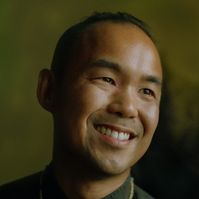 I am an artist, curator, and community organizer who believes in the social power of our collective imagination. I’m currently researching, critiquing & imagining beyond how histories of colonization shape our everyday lives. Most of my current projects investigate what connects indigeneity, diaspora & belonging. Right now I’m reading and thinking about origin/creation stories, histories of healing practices, and digital intimacy.

Research: Bigger Than the Internet: Museums and the Digital Colonization of the Web