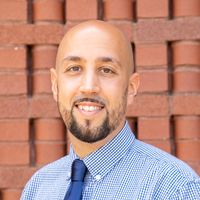 Dr. Meghelli's research and curatorial work have focused on social movements, urban history, and cultural history. He has curated and consulted for museum exhibitions; executive produced, researched, and consulted for documentary films and web series; and has directed community history projects in Philadelphia, New York City, and Washington, DC. His recent exhibitions include: A Right to the City (on view 2018-2020) which explored the history and contemporary dynamics of neighborhood change and community organizing in Washington, DC (with a still-available online exhibit: https://storymaps.arcgis.com/collections/34d99cccb2c5454da7b4f08e482c1987), and Food for the People: Eating and Activism in Greater Washington (on view 2021-2022), which received the 2020-2021 Smithsonian Award for Excellence in Exhibitions.

Dr. Meghelli is the co-author of The Global Cipha: Hip Hop Culture and Consciousness (2006) (with James G. Spady and H. Samy Alim), co-editor of New Perspectives on the History of Marcus Garvey, the U.N.I.A., and the African Diaspora (2011), and his writings have appeared in various books, newspapers, and scholarly journals, including The New York Times, The Philadelphia Tribune, The Washington Informer, Black Arts Quarterly, and The Western Journal of Black Studies, among other places.