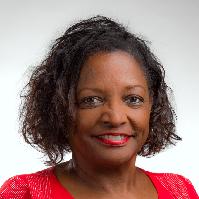 Deborah Tulani Salahu-Din's areas of scholarly expertise include language, academic and creative writing, and the literary history of African Americans from the 18th through 21st centuries. Her recent projects at the National Museum of African American History and Culture include Chez Baldwin, a digital exhibition that explores the life and works of writer and activist James A. Baldwin through the lens of his house in the South of France. The exhibition features a collection of objects she acquired from Baldwin's Medieval villa. As a language specialist, she spearheaded the development of the Museum's language manual, which offers guiding principles and recommendations on the use of inclusive and controversial language across the Museum's units and platforms. Currently, for the museum's website, she is completing a series of blogs titled The Power of Poetry that chronicles the evolution of African American poetry from the 18th century to the present. The blog integrates an oral history interview she recently coordinated with Haki Madhubuti--poet, publisher, and a leading architect of the Black Arts Movement in Chicago during the 1960s and 1970s.