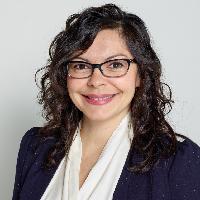 Margaret Salazar-Porzio is a Curator of Latina/o History and Culture in the Division of Home and Community Life at the Smithsonian National Museum of American History.  Her collecting and research interests include 20th century visual and material culture of the U.S.-Mexico borderlands; race, immigration and national identity in the United States; and K-20 education.

Salazar-Porzio has co-curated an exhibit on American cultural identity and immigration called Many Voices, One Nation, which opened in June 2017. She is lead editor of the exhibition book, Many Voices, One Nation: Material Culture Reflections on Race and Migration in the United States (Smithsonian Institution Scholarly Press, 2017), which was recently named one of CHOICE’s Outstanding Academic Titles for 2017.  Dr. Salazar-Porzio also spearheads other projects including “Latinos and Baseball: In the Barrios and the Big Leagues,” which has grown from a collecting initiative with 30 partners in 14 states and Puerto Rico to a 1200 square foot exhibition opening in 2020.

Prior to joining the Smithsonian Institution, Salazar-Porzio earned her M.A. (2008) and Ph.D. (2010) in American Studies and Ethnicity from the University of Southern California.  She served as an Associate Research Scholar and Lecturer at the Center for Institutional and Social Change at Columbia University Law School and received grants and fellowships from the Guggenheim, Rockefeller, and National Science Foundations.  She combines her experiences growing up in Southern California with deep commitments to education, equality, and democratic engagement in the service of her work at the National Museum of American History.