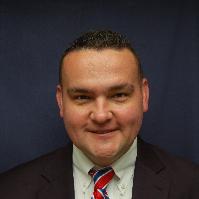 Eric Woodard is the Director of Fellowships and Internships at the Smithsonian where he leads the effort to strengthen, diversify, and develop academic appointment programs across the Institution.

Prior to coming to the Smithsonian, Eric served as Executive Director of the U.S. National Commission for UNESCO, a Federal Advisory Committee charged with providing expert advice to the U.S. Government in the areas of natural science, social science, information, education, and culture. While there Eric strengthened U.S. multilateral ties by encouraging U.S. engagement in a number of UNESCO programs such as World Heritage, Memory of the World, University Chairs, Associated Schools, Creative Cities, and the global network of UNESCO clubs. He spearheaded a first of its kind inter-Commission virtual internship program and promoted U.S. nominations for a variety of international prizes and fellowships.

First coming to Washington, D.C., as an intern, Eric held a variety of jobs in the city. During the Clinton Administration, he was Office Manager to the First Lady at the White House and later served as Senator Hillary Rodham Clinton’s Special Assistant and Scheduler during her tenure in the U.S. Senate. At both the White House and in the Senate, Eric designed and managed a variety of programs for both interns and fellows. He has produced a popular blog and internet radio show about internships and is the author of  several books about internships including “The Ultimate Guide to Internships: 100 Steps to Get a Great Internship and Thrive in It.”

Eric grew up in Thailand and attended the International School of Bangkok. He holds a B.A. in Biology from the University of Missouri, an M.A. in International Affairs from The George Washington University, and an Ed.D in Human and Organizational Learning also from The George Washington University where his doctoral research focused on the nature of internship experiences that develop soft skills.

Eric lives in Alexandria, VA with his amazing wife Keri and their 4 fantastic kids.