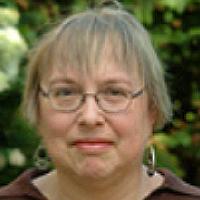 The majority of Zimmer's present research projects deal with studies of the pattern and process of molecular evolution in green plants. When she began her postdoctoral work in 1980, she developed nuclear ribosomal genes as a good model for both phylogenetic and evolutionary process studies. At the Smithsonian, this work has continued to use ribosomal and chloroplast gene markers for molecular systematic studies of key groups such as the Isoetes, ferns, Gesneriaceae, several Pacific genera including Rutaceae, and the grape family, Vitaceae. These projects have involved graduate students, postdoctoral fellows and curators in the Department of Botany at NMNH (P. Schafran, J. Skog, L. Skog, W. Wagner, and J. Wen, respectively). Additionally, we have used microsatellite profiling for application to species and population level questions with colleagues including graduate students from Johns Hopkins and the University of Maryland. Most recently, we have begun using Next Generation DNA Sequencing techniques (transcriptomatics, genome skimming and target capture) to resolve evolutionary relationships among some of those species groups.

Collection Or Series Editor For